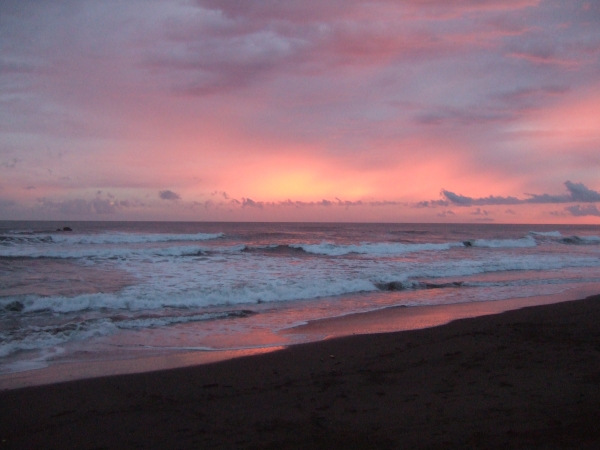 2007 is a defining year of my life.   I feel so lucky that I had the opportunity to embark on an adventure that most people only dream about.  Before the trip I was wondering how or if the trip would change me.  I have changed, but not in the way that I thought.  Before leaving, my worldview was based on what I had been exposed to in the media, which was largely based on fear and frankly ignorance.  The media and even my own government’s travel advisories gave the sense that at any moment I would be robbed, killed, or kidnapped.  I was led to believe that people outside of the first world placed less value on human life.  Based on the media’s portrayal of the non-first world, I thought that maybe the trip would make me cynical of human nature.  I expected to become world-weary and jaded.

Nothing could be farther from the truth.  Over and over again I experienced warmth, hospitality, and generosity.  Much more so than Canada, where we pride ourselves on being a caring society.  Yes we have a social safety net.  But the effect is that we can walk by a hungry or sick person on the street without guilt because we have the sense that they will be taken care of.  There is no such luxury in many other places in the world.  If you come across a hungry child in a remote area of Peru, for example, he or she may not eat that day if you don’t help them.  The effect is that people seem more willing to directly help those in need, even if they have next to nothing themselves.

This is true even in countries that have experienced devastating civil wars and natural disasters.  Perhaps shared adversity brings people closer together and instills the desire to help your neighbours in times of need.  People have learned not to rely on help from their governments.  Instead they look to their families and communities.  It is absolutely absurd to think that people value human life less outside the first world.  People care about their families and friends just like anywhere else.  They help strangers in need, perhaps even to a greater degree.  They want the same basic things: food, water, shelter, education, and health care.  They want their children to have the chance to enjoy a decent quality of life.

Another surprise for me was discovering just how addictive travelling by motorcycle is.  Yes you experience more than driving or riding a bus.  Yes you get a greater sense of achievement by making yourself vulnerable to the elements.  Yes there is a sense of freedom from choosing your route and your schedule.  There is also the sheer ethereal joy of riding a motorcycle that only bikers would understand.  But you also are forced to live in the moment.  You are forced to directly experience the world.  Your most pressing concerns become where you will have your next meal or where you will spend the night.  Gone are the stresses of your other life.  No longer do you worry about finances, exams, career planning, or whether your life has turned out the way you wanted.  Instead your focus becomes whatever wonder you happen to be riding through.  It is a liberating and therapeutic experience that helps put other aspects of your life in perspective.

The downside is that it is a tough adjustment to come back to your old life after such a fulfilling experience.  The concerns of some of the people around you start to seem petty and inconsequential in the overall picture.  You miss the warmth and hospitality of strangers.  You miss the camaraderie and loyalty that comes from tackling a challenge as part of a team.  The stresses of your old life start to creep back in.  You wonder if the sacrifices you are making are worth it.

For me the answer is yes.  I got a good dose of motivation on this trip.  People are generally good and decent.  I have been gifted with solid confirmation that I have chosen the right profession.  One day I will be able to give back.  I have decided to work overseas as soon as I pay off my loans, probably with an organization like Medicins Sans Frontieres (Doctors without Borders).