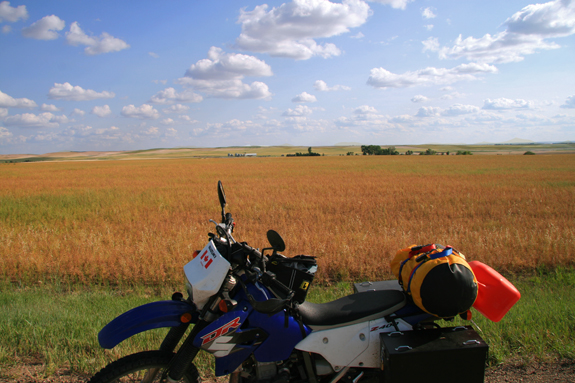 As I rode across the open plains of the Southern prairies, I felt like I was riding home.  I guess I am a Prairie Boy at heart.  I think you have to be from the prairies to truly appreciate the huge skies and horizons so distant that you can sense the curvature of the earth in all directions.  Some would say the prairies are flat and boring, but as I rode across the vastness I was reminded of a song celebrating the Prairies that our family friend Karen Howe used to sing around the campfire called “Nothing Like The Freedom”.  The song is by Prairie singer/songwriter Deborah Romeyn and Karen actually provided back-up vocals on the studio release.  It goes:

You can listen to the full song here, but if you’re not from the prairies, you might not get it.  Interestingly, this song was played on the space shuttle.

My ride across the prairies started in Prince Albert, Saskatchewan where I had stopped for the night after riding down from the north.  As I was packing up my bike in the morning, I got into a conversation with a guy who was getting married later that day.  Him and his buddies were decorating three shiny black pick-up trucks for the upcoming wedding procession.  The good ol’ boys were even stringing together dozens of beer cans with twine to be dragged from the back of the trucks.  He told me how people really loved their trucks in Prince Albert.  I had certainly seen plenty of evidence of that as I rode around the city.

“Why get a limo when you can ride in a truck?” he asked, rhetorically in his mind.  He does have a good point though.  He saw my Ontario license plate and told me that one of his buddies had moved out there.  He asked me if it was true that not everyone had a truck in Ontario.  I said there were less trucks for sure.  He nodded, and said: “Yeah my buddy told me that if you are lucky enough to see a truck in Ontario and hear the sound of dual exhaust, you have to stop and savour the moment.”

Snake highway (555), Southern Alberta.  The sign says “Snakes are at risk! Watch for snakes on road next 62 km – Please slow down and save our snakes.”  I did see some dead snakes on the road, but unfortunately no live ones.

One of my favourite stretches of highway of the entire trip was highway 555 in Southeastern Alberta.  The road skirts the northern edge of Canadian Forces Base Suffield which is one of the largest live fire training areas in the Western world at 2690 square km, and as such is largely uninhabited grassland.  On the other side of the 505 is the dramatic Red Deer River valley.  The whole area is teeming with wildlife.  I saw hawks, deer, antelope, coyotes, and yes even dead snakes on the road.  When I saw a magnificent Pronghorn Antelope (that I photographed below) bounding through a field, I felt like I was back on the Serengeti. 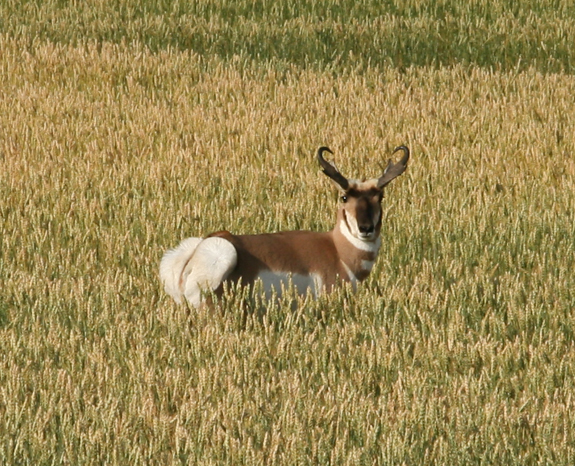 I was almost home (Lethbridge, Alberta) as the day came to and end.  I watched the sun go down near Brooks, where I captured this oil well (below).  It felt good to be in Southern Alberta again.

Canada is both easier and more difficult to ride across that some of the other areas I have ridden (i.e. South America, Africa).  Canada is great because you can go on an epic ride without having to cross any borders and safety is not a concern.  Canada is also without a doubt the most pristine country I have ridden through.  However, the challenges come from just how huge yet sparsely populated Canada is.  This makes for great dual sport adventures, but there were many places that were so isolated that fuel was a challenge and where I did not want to think what would happen if I were to break down.  It would take days to get the bike to a mechanic.

Another challenge is the weather.  I rode through some downright nasty weather, the cold rain blowing sideways into my face, chilling me to my core.  You can start a conversation pretty much anywhere in Canada by commenting on the weather.  One thing that seemed universal across the country was just how bad of a summer Canada has had so far.  People seem to be able to count the nice warm sunny days so far this year on one hand.  Canadians endure some of the harshest most unforgiving weather of any inhabited place on Earth for a good part of every year.  We put up with it stoically.  All we ask for in return is July, which is normally glorious with uninterrupted long hot sunny days.  This year we didn’t get July, and we have a right to complain.

In 6 days I covered over 4200 km from Toronto to Lethbridge.  I was enjoying the ride so much that it was painful to have to stop.  Even the weather turned nice for the last couple of days.  I wanted to keep going right up to the arctic circle.  But that trip will have to wait.

You can see more pictures from my Canada Trip here. 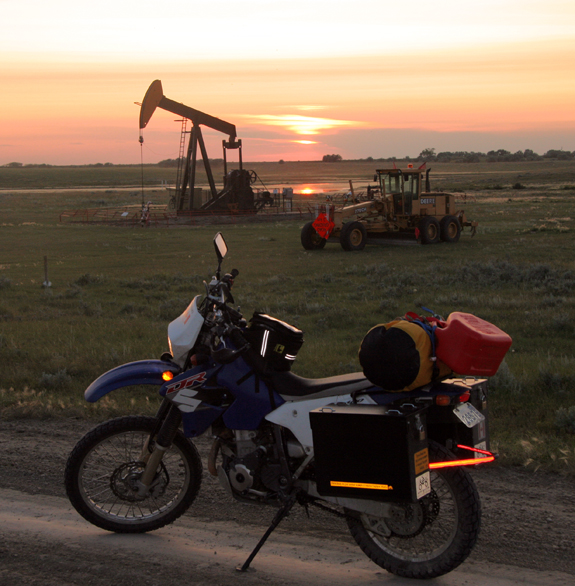